Lieutenant Governor Kathy Hochul rallied in Yonkers with fellow Democrats and gave a full-throated defense of Planned Parenthood, just a day prior to a new video being released which shows the abortion mill harvesting organs from an aborted baby that was still alive.

I #StandWithPP and @NYGovCuomo to say NO to defunding @PPact and stand up for women’s health here in NY. pic.twitter.com/Yn2ojLLxNx

Hochul announced at the Tuesday rally that “Governor Cuomo and I want a strong message sent to Washington—stop playing politics with women’s health and leave Planned Parenthood alone.” But there is anything but politics being played inside the Planned Parenthood clinics as videos show multiple locations and multiple high-ranking officials trying to make money off of aborted baby organs. Today’s video shows just how horrific the process is. Via LifeNews:

The organization that has released six videos exposing the scandal of Planned Parenthood selling aborted babies and their body parts has released a new undercover video today with another shocking discovery. This latest video catches the nation’s biggest abortion business harvesting the brain of an aborted baby who was still alive.

The video (shown below) features Holly O’Donnell, a licensed phlebotomist who unsuspectingly took a job as a “procurement technician” at the fetal tissue company and biotech start-up StemExpress in late 2012. That’s the company that acts as a middleman and purchases the body parts of aborted babies from Planned Parenthood to sell to research universities and other places. StemExpress was partnered with Planned Parenthood up until last week, when it quietly announced it ended its relationship with the abortion corporation.

The new video includes O’Donnell’s eyewitness narrative of the daily practice of fetal body parts harvesting in Planned Parenthood abortion clinics. She tells the harrowing story of harvesting an intact brain from a late-term male unborn baby whose heart was still beating after the abortion.

The video and the actions taking place inside the walls of Planned Parenthood clinics is horrific to say the least. Defense of an organization that harvests brains from babies with still-beating hearts is unfathomable.  What is being discussed in the new video can only be labeled accurately as infanticide. Yet Hochul and Cuomo are standing behind the group with no shame.

Earlier this month, Cuomo issued a statement in which he vows to fight for Planned Parenthood “day in and day out.”

2020 Democrats Are Coming For Your Tax Cuts

5 Times Obama Treated Our Military And Veterans Like Trash 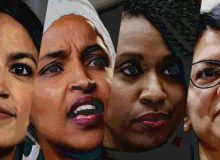 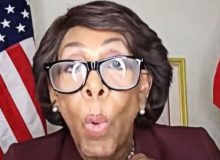