Clinton said WHAT about guns in Pennsylvania?

According to the Associated Press, Clinton recalled learning to shoot at her grandfather’s lake cottage near Scranton. I don’t know if she referred to him as her “granddaddy,” which would better fit the persona of gun enthusiasts as imagined by the left, as would dropping her g‘s in the following reminiscence:

I’ve gone hunting, I’ve gone skeet shooting, I understand the important role that guns play in so many people’s lives.

Trending: Ted Cruz Hammers Ilhan Omar For Her List of Things ‘I Am’

This is the same Hillary Clinton who said that, as president, she would pursue gun control by executive fiat, the same Clinton that idly sat by as one of her supporters at an earlier rally declared that gun and ammunition manufacturers are “making terrorists out of” Americans.

Pennsylvania is the state referred to by an earlier “gun enthusiast” and presidential candidate as a place where bitter people clung to their religion and guns, so it is should surprise no one that the current Democratic front-runner would play residents of the Keystone State for chumps.

It’s hard to say whether Clinton’s pandering worked, but she did win Pennsylvania by double digits in last night’s primary, coming away with 56% of the vote to Sanders’s 44%.

About the Author Liberty Unyielding 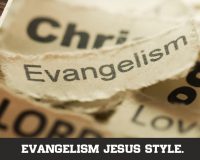 Political Islam: Its Threat & The Solution To It With Dr. Bill Warner
February 27th, 2020 Sons of Liberty Media