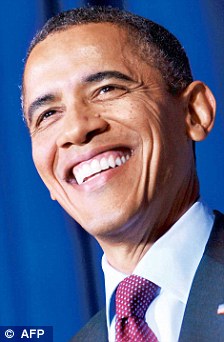 He has no record to run on.  He has little in the way of an agenda for his second term.  And he is devoid intellectually of being able to debate in a rational manner.  So it seems, President Obama has resorted to childish name-calling.

This is a sitting U.S. President saying this:

FIRST LOOK – Rolling Stone cover, “Obama and the Road Ahead: The Rolling Stone Interview,” by Douglas Brinkley: “We arrived at the Oval Office for our 45-minute interview … on the morning of October 11th. … As we left the Oval Office, executive editor Eric Bates told Obama that he had asked his six-year-old if there was anything she wanted him to say to the president. … [S]he said, ‘Tell him: You can do it.’ Obama grinned. … ‘You know, kids have good instincts,’ Obama offered. ‘They look at the other guy and say, “Well, that’s a bullshitter, I can tell.”

Mind you, this is a President who has perfected the art of bulls******* the American people over the last several weeks with his grand story-telling about the events that transpired in Benghazi.

This is a President who fed the public absolute bulls*** when he claimed he didn’t raise taxes on the middle class, all the while knowing that Obamacare is set to hammer the middle class with such taxes.

This is a President who presided over the longest stretch of unemployment of 8% in history, while telling the American people that if he passed his stimulus it would never go above 8%.

If children have instincts that help them to identify a bulls******, they’d be running for the hills from you, Mr. Obama.  You are not Presidential material, you’re barely an accomplished snake-oil salesman.  And soon, you’ll be gone.

Even Democrats Are Demanding Answers From the President

Coolest Virus Ever? Iran Hit With Worm That Turns Computers on and Blasts AC/DC’s Thunderstruck