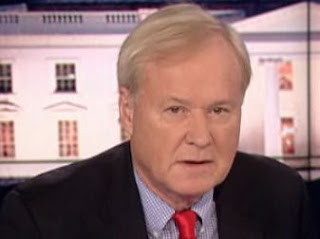 Chris Matthews was on Hardball tonight covering the Republican National Convention with guests Eugene Robinson of the Washington Post and John Hielemann of New York Magazine.  In what is seemingly the natural progression of things these days with Matthews, the subject of the ‘otherization‘ of the President was being discussed.  Because, if you weren’t aware already, Barack Obama is black, and any time a Republican chooses to discuss the failure that is his administration, the media will be there to quickly remind you that they only feel that way because of his skin color.

But tonight’s episode of race-baiting with Chris Matthews was a bit odd in that the panelists somehow came to the conclusion that reminding people of the President’s roots in Chicago politics is racist.  In fact, simply saying Chicago is racist.  (Video below).

“It’s all part of this Barack Obama as ‘other’ sort of blanket campaign that has been waged by the Republican Party for some time now.  It may be gaining some traction now, though I wonder why now as opposed to a bit closer to election.”

Matthews then demonstrates his mind-numbing ability to take an idiotic statement, amplify it, and subsequently make it exponentially more idiotic coming from his mouth, when he said this:

“Yea, well let me ask you about that gentleman.  What about now, is this constant barrage of assaults, saying the guy is basically playing an old game of demagoguery politics, where you take the money from the worker bees and give it to the poor people to buy votes.  That’s basically what they’re charging him with.  Old big-style, big-city machine of 50 years ago.”
He added, “They keep saying Chicago by the way, have you noticed?  They keep saying Chicago.  That’s another thing that sends that message – this guy’s helping the poor people in the bad neighborhoods, screwing us in the ‘burbs.”

Hielemann helpfully interpreted Matthews statement, presumably for those too challenged to understand basic words (or as we in the business refer to them – Hardball viewers), by making this jaw-dropping statement:

“There’s a lot of black people in Chicago.”

Yes, because referring to the city of Chicago would have nothing to do with trying to link the President to a long, storied history of corruption.  It simply has to be in reference to all of the black people living there.
By the way, Mr. Hielemann, there are a lot of black people in Chicago.  Guess what, though?  There are even more white people.
According to the Census Bureau in 2010, the percentage of African-Americans in the city of Chicago was roughly 32.9%.  The percentage of whites?  45.0%.
Incidentally, any idea who else has linked the city of Chicago to government corruption?  MSNBC.
In an article titled, Illinois Has Long Legacy of Public Corruption, MSNBC discussed the fact that nearly numerous elected officials had been convicted of wrongdoing since 1972 – in Chicago.
It included this statement:

“Chicago, with its long history as a center of vice and organized crime, has had its share of official graft.”

Video: Obama Claims to Spend “Every Waking Hour” Thinking About the Economy