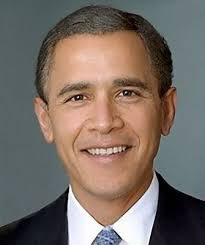 We told you about the National Security Agency secretly accessing the phone records of millions of Verizon customers.  The operation according to former analysts at the NSA has been going on for years.  And it doesn’t simply involve one company.

Former employees of the National Security Agency say the publishing of a court order asking Verizon to hand over all its phone calling records for a three-month period opens a new window on an operation that has been in place for years and involves all major U.S. phone companies.

“You can bet it’s all the other carriers, not just Verizon,” said Kirk Wiebe, a former analyst with the NSA. Weibe left the agency after the attacks of 9/11 in disgust, he says, over what he believes is a chronic failure to analyze large amounts of data effectively and with proper privacy protections.

And just yesterday, it was learned that the federal government had been accessing the very private information of many more Americans, by mining data from 9 internet giants (Google, Facebook, etc.).  Data such as photos, private e-mails, messages, etc. were all accessible by the NSA and the FBI.

The Washington Post has published a remarkable report showing that the National Security Agency and the Federal Bureau of Investigation have been monitoring the central servers of major Internet companies — Microsoft, Yahoo, Google, Facebook, PalTalk, AOL, Skype, YouTube and Apple — and “extracting audio, video, photographs, e-mails, documents and connection logs that enable analysts to track a person’s movements and contacts over time.”

Why did a government source leak information of this program, dubbed “PRISM,” to the Post? What follows is perhaps the most chilling paragraph I’ve read to date about U.S. government surveillance:

Firsthand experience with these systems, and horror at their capabilities, is what drove a career intelligence officer to provide PowerPoint slides about PRISM and supporting materials to The Washington Post in order to expose what he believes to be a gross intrusion on privacy. “They quite literally can watch your ideas form as you type,” the officer said.