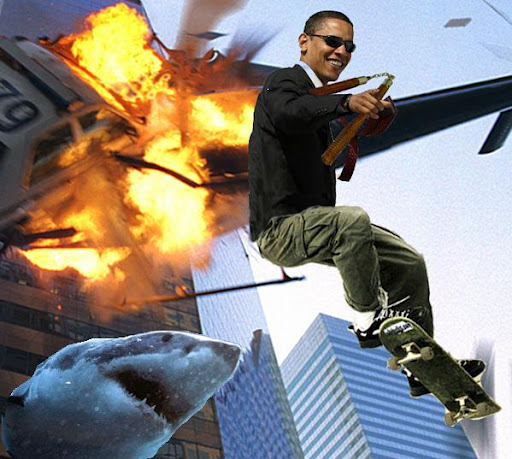 You know it’s bad when the normally compliant lapdog media rips the President for forsaking his job over a chance to campaign on The View.

President Obama arrived in New York Monday afternoon for the United Nations General Assembly. One of the main topics of discussion at this annual meeting will be the recent unrest outside U.S. embassies in the Muslim world, including an attack in Benghazi, Libya, which claimed the lives of four Americans. But unlike years past, the president will not be sitting down with any of the more than 120 world leaders who are here in New York.

Simply put, the White House is prioritizing the president’s reelection effort. Most heads of state will be here all week, but the president will be in New York less than 24 hours, and even then will spend most of his time away from this conference.

After landing in New York Monday afternoon, the president headed straight for a sit-down –not with visiting leaders, but with the ladies of “The View,” for an interview to air tomorrow.

But this year diplomacy is taking a back seat to campaigning, despite a worsening civil war in Syria, rising tensions between Israel and Iran, and the recent attack in Libya.

What CBS fails to understand is that watching U.S. buildings burn to the ground, and diplomats being murdered at the hands of Islamic extremists across the Middle East isn’t that big of a deal.

They’re just “bumps in the road“, topics hardly worthy of taking the time to actually act like a President.  This man is a rock star people, and the ladies of The View demand his time.

Chris Matthews: Obama Needs to Explain His Accomplishments to Americans “As If He Were Talking to a Two-Year-Old”