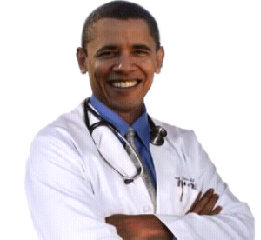 But, but, if you like your insurance you can keep it!  Wait, no?

A Catholic university in Ohio said Tuesday it is being forced to end a student health insurance program over the Obama administration’s contraception mandate and costs associated with other provisions of the health care overhaul.

Franciscan University in Steubenville, Ohio, said it has so far excluded contraceptive services and products from its health insurance policy for students and will not participate in a plan that “requires us to violate the consistent teachings of the Catholic Church on the sacredness of human life.”

In its decision to drop coverage, the school cited the contraception mandate, but also a requirement that the maximum coverage amount be increased to $100,000 for policyholders — claiming that would have made premiums skyrocket. A university official told Fox News Radio the students’ basic $600 policy was going to double in cost in the fall and triple next year and that the school’s insurance provider said the increases were the result of the federal Patient Protection and Affordable Care Act.

Say, isn’t the word ‘affordable’ in the name of the bill?  We had to pass it to find out what was in it, and it turns out the title wasn’t even accurate?

Todd Starnes has the following quotes from a university representative:

“This is putting people in a position where they are having to choose between their faith and their morality — and now an unjust cost,” said Mike Hernon, vice president of advancement.

“These sorts of regulations from the government are forcing our hand in a way that’s really wrong.” Hernon said students must have insurance – either through their parent’s policy or through the university’s basic plan. The plan currently costs approximately $600 per year. However, Hernon said their health care provider informed them that under Obamacare, the policy would double in price to $1,200 and the following year it would triple.

“We couldn’t believe the price (increase),” he told Fox News. “We had them go back and reconfirm it. They said it was dictated by coverage limits that were released by the Obama administration.”

“At the end of the day, it’s the students who are hurt by this,” he said.

Now the argument becomes literal – repeal Obamacare, do it for the children.

Trump: ‘There Is No Such Thing As Obamacare Anymore’

Flashback: Dems Claims That Ryan Would End Medicare Named “Lie of the Year”