Last week, CNN legal analyst Jeffrey Toobin made the wild claim that violent Antifa groups throughout the nation are “widely perceived as an African American organization.”

Not only is the claim completely off base – a vast majority of Antifa members are whiter than Shaun King flanked by a polar bear in a driving snowstorm – but it was fabricated as a means to accuse anybody criticizing the group as racist.

Speaking directly of Antifa, President Trump recently warned that should the GOP lose control of Congress in the midterms, militant leftist groups would change things he’s done “quickly and violently.”

“They will end everything immediately,” the President predicted. “When you look at Antifa, and you look at some of these groups, these are violent people.”

Toobin’s professional assessment on these statements – “The theme here is, ‘I’m Donald Trump and I’ll protect you from the scary, black people.'”

The amazing part about that video is nobody challenged him on an easily refuted claim.

Berkeley police recently found themselves in a bit of a kerfuffle with Antifa after releasing their mugshots following a protest in early August. Most of those arrested shared the same characteristics, one of which included being super white. 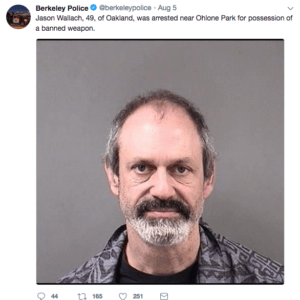 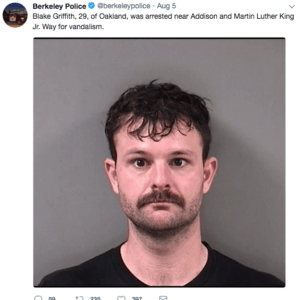 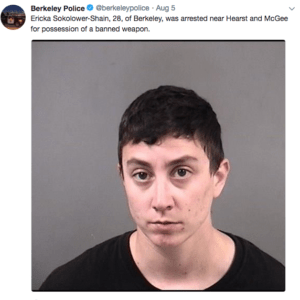 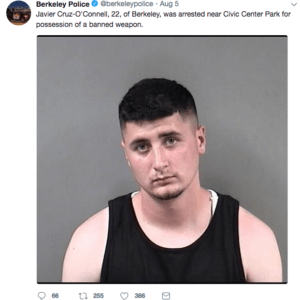 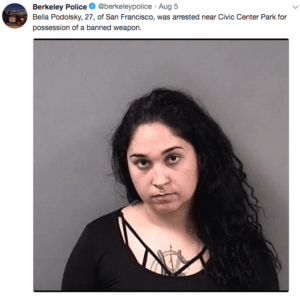 Then, of course, there was the legendary Antifa rioter, Pepper Balls McGee, also pretty caucasian.

Reminds me of my favorite movie ?
Any Antifa following @WestOProblems ? pic.twitter.com/zh9yiFzAdo

How is it that Toobin thinks in his own little melon that this is a group widely perceived to be made up of African-Americans?

“Using black people as a shield so that the white democrat gang Antifa can commit violence undetected is a new racist low for CNN,” Owens railed.

HOLY SHIT. @CNN is now LYING on Black Americans accusing US of committing the violent atrocities that ANTIFA commits across the nation.

This is literally @CNN being HORRIBLY RACIST. Blaming black Americans for crimes that an ALL-WHITE gang commits—why? Because white Democrats are incapable of violence, and only black democrats are?

UNBELIEVABLY RACIST @JeffreyToobin. ANTIFA has nothing to do with the blacks. https://t.co/Eib9bXd9NB

Toobin’s colleague, Chris Cuomo, defended the ‘all-white gang‘ by equating their violence to those they are fighting against.

“When someone comes to call out bigots and it gets hot, even physical, are they equally as wrong as the bigot they are fighting?” he asked. “I argue no.”

I argue Cuomo is dumb while Toobin is seemingly blind.