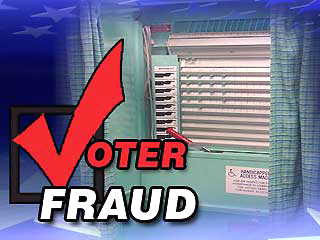 Is it possible that evidence against Democrats in Troy, New York,has finally hit rock bottom?  When they weren’t paying off college kids with their vote, they were apparently tricking mentally impaired voters into signing absentee ballots, telling them “the city made it easier to vote this year.”

A witness who testified in the upstate New York ballot fraud case explained that she would frequently visit two brothers, both of whom had ‘mental disabilities’.

Three men allegedly paid a visit to the family home of Michele Ziglitt one day.  Two of the men were identified as Gary Galuski, and Anthony DeFiglio.  Galuski, a city council member who also works for the Board of Elections, was charged with four felony charges that he left blank spaces on absentee ballots so they could be fraudulently filled in at a later time.  DeFiglio, is a Democratic Committeeman who pleaded guilty to falsifying business records, and claimed that such rampant forgery was actually a ‘normal political tactic’.

Ziglitt testified that both of her brothers, Joseph Mammone, and Steven, who has since passed away, were asked to sign a ballot by Galuski.  Ziglitt thought that she was casting a vote for Galuski, even though he wasn’t even on the ballot that year.  The brothers also signed.

Ziglitt then claimed that, “They told me all I had to do was sign that paper and that was it.”  The statement continues the same pattern of the many voters who have already testified in the trial, in which they were tricked into signing the form while the rest of the information was filled in by the Democrats themselves
.
Joseph Mammone then took the stand himseld.  He claimed that, “She said sign it and I did. I have no idea what it was.”  He was referring to his sister, who had already been convinced to sign the ballot.

Taking advantage of the mentally handicapped.  Is that a normal political tactic as well?

For more on the case, read here…

Former GOP Gov Candidate: I Want Barack To Die, And Michelle To Become A Male Gorilla