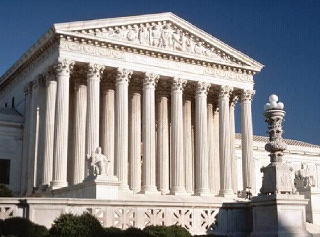 Though there are people far more qualified to debate the Supreme Court ruling on Obamacare, we’d be remiss in not mentioning it all.

“The mandate is constitutional. Chief Justice Roberts joins the left of the Court.”

“The Medicaid provision is limited but not invalidated.”

“The bottom line: the entire ACA is upheld, with the exception that the federal government’s power to terminate states’ Medicaid funds is narrowly read.”

The mandate survives “as a tax.” That should help the middle class dig out of the recession.

Here’s the thing – this is a defeat for conservatives in many ways.  That said, any chance Obama had of seeing voters sit on the sideline because they can’t get behind Romney is gone.

It also gives Republicans running in 2012 a new talking point – not only is this a massive expansion of government power, but it is being implemented via a massive tax.

Doubt that this will be a rallying cry?  Team Romneycare has already raised $200k since the decision mere minutes ago.

In the meantime, here’s a friendly reminder that the President himself insisted that the individual mandate is not a tax.

STEPHANOPOULOS: …during the campaign. Under this mandate, the government is forcing people to spend money, fining you if you don’t. How is that not a tax?

OBAMA: Well, hold on a second, George. Here — here’s what’s happening. You and I are both paying $900, on average — our families — in higher premiums because of uncompensated care. Now what I’ve said is that if you can’t afford health insurance, you certainly shouldn’t be punished for that. That’s just piling on. If, on the other hand, we’re giving tax credits, we’ve set up an exchange, you are now part of a big pool, we’ve driven down the costs, we’ve done everything we can and you actually can afford health insurance, but you’ve just decided, you know what, I want to take my chances. And then you get hit by a bus and you and I have to pay for the emergency room care, that’s…

STEPHANOPOULOS: That may be, but it’s still a tax increase.

OBAMA: No. That’s not true, George. The — for us to say that you’ve got to take a responsibility to get health insurance is absolutely not a tax increase. What it’s saying is, is that we’re not going to have other people carrying your burdens for you anymore than the fact that right now everybody in America, just about, has to get auto insurance. Nobody considers that a tax increase. People say to themselves, that is a fair way to make sure that if you hit my car, that I’m not covering all the costs.

STEPHANOPOULOS: But it may be fair, it may be good public policy…

OBAMA: No, but — but, George, you — you can’t just make up that language and decide that that’s called a tax increase. Any…

OBAMA: What — what — if I — if I say that right now your premiums are going to be going up by 5 or 8 or 10 percent next year and you say well, that’s not a tax increase; but, on the other hand, if I say that I don’t want to have to pay for you not carrying coverage even after I give you tax credits that make it affordable, then…

STEPHANOPOULOS: I — I don’t think I’m making it up. Merriam Webster’s Dictionary: Tax — “a charge, usually of money, imposed by authority on persons or property for public purposes.”

OBAMA: George, the fact that you looked up Merriam’s Dictionary, the definition of tax increase, indicates to me that you’re stretching a little bit right now. Otherwise, you wouldn’t have gone to the dictionary to check on the definition. I mean what…

STEPHANOPOULOS: Well, no, but…

OBAMA: …what you’re saying is…

STEPHANOPOULOS: I wanted to check for myself. But your critics say it is a tax increase.

OBAMA: My critics say everything is a tax increase. My critics say that I’m taking over every sector of the economy. You know that. Look, we can have a legitimate debate about whether or not we’re going to have an individual mandate or not, but…

STEPHANOPOULOS: But you reject that it’s a tax increase?

OBAMA: I absolutely reject that notion.

Well Mr. President, you now have no choice but to accept that notion.  You’ve just implemented one of the biggest tax burdens in American history.  Own it.

Meanwhile, expect the Tea Party to be back in business in the coming months.

We’ll see you in November.

So Much For the Refreshingly Honest Admission by Melky Cabrera