We asked the question a couple of weeks ago – Did Rick Santorum actually win Iowa?

The answer is now confirmed…

Turns out it was more than just the twenty votes originally reported.  Worse, the Iowa GOP is saying they may never have an exact count because of missing votes.

By 34 votes, Rick Santorum won Iowa. For the past two weeks we have heard Mitt Romney was the first non-incumbent to win both Iowa and New Hampshire. Wrong!

The Des Moines Register reports Rick Santorum won. More troubling for the Iowa GOP, the GOP reports it will never have a completely accurate vote count because the votes in some precincts have gone missing.

The only thing that can be said for sure is Rick Santorum is the real winner.

Does this change anything?

Fox News is reporting on an embarassing situation…

The party officials, speaking on condition of anonymity, told the Des Moines Register that the final caucus count would remain unresolved because the results from eight precincts were mislaid and will never be certified. Any of those missing results could hold an advantage for Romney.

The GOP in Iowa should be thoroughly shamed.  Can you imagine if the Presidential race itself had to be called a split decision? 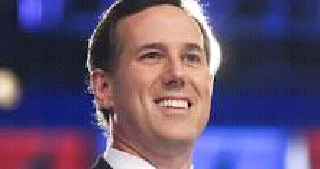