More bad news for Mittens.  Rick Perry, facing a last place finish in South Carolina, is throwing in the towel.  Sources are indicating that he will endorse Newt.

Will it be all for naught when the ex-wife interview comes out on Gingrich?

Rick Perry is expected to drop out later this morning at an 11 a.m. press conference and endorse Newt Gingrich, two sources confirmed to POLITICO.

The news was first reported by CNN.

It gives the surging Gingrich a huge boost heading into the final debate tonight, and the South Carolina primary on Saturday, in which he’s already closing in on Mitt Romney.

South Carolina is shaping up to be pretty interesting. 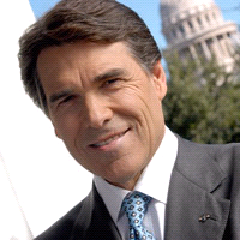 Kimmel to ‘Inbred’ Senator Questioning His Health Care Expertise: Look at Who You Elected President

Report: Was Obama A Coke Dealer During His College Years?