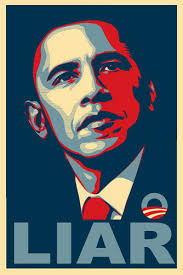 Even yesterday, the President himself was lying to the world in front of the United Nations, refusing to call the attacks in Libya ‘terrorist’ in nature, and instead spending several minutes talking about a video that nobody in their right mind believes caused the violence.

The Daily Beast (via Hot Air) has dropped the curtain on this charade (emphasis mine):

Five days after the attack on the Benghazi consulate that left four Americans dead, including Ambassador J. Christopher Stevens, the Obama administration sent UN Ambassador Susan Rice onto five Sunday talk shows to insist that the sacking of the consulate was the result of a protest over a YouTube video that “spun out of control.”  The government of Libya was already scoffing at that story, and by the end of the next week the White House began reluctantly admitting that terrorists had attacked the diplomatic mission.  Today, however, Eli Lake reports for the Daily Beast that the Obama administration knew within 24 hours that the attack had not been a spontaneous event, but a well-planned terrorist attack:

Within 24 hours of the 9-11 anniversary attack on the United States consulate in Benghazi, U.S. intelligence agencies had strong indications al Qaeda–affiliated operatives were behind the attack, and had even pinpointed the location of one of those attackers. Three separate U.S. intelligence officials who spoke to The Daily Beast said the early information was enough to show that the attack was planned and the work of al Qaeda affiliates operating in Eastern Libya. …
The intelligence officials who spoke to The Daily Beast did so anonymously because they weren’t authorized to speak to the press. They said U.S. intelligence agencies developed leads on four of the participants of the attacks within 24 hours of the fire fight that took place mainly at an annex near the Benghazi consulate. For one of those individuals, the U.S. agencies were able to find his location after his use of social media. “We had two kinds of intelligence on one guy,” this official said. “We believe we had enough to target him.”
Another U.S. intelligence official said, “There was very good information on this in the first 24 hours. These guys have a return address. There are camps of people and a wide variety of things we could do.”
A spokesman for the National Security Council declined to comment for the story. But another U.S. intelligence official said, “I can’t get into specific numbers but soon after the attack we had a pretty good bead on some individuals involved in the attack.”

In other words, either Susan Rice lied to the press, or was lied to by the Obama administration and sent out to the press deliberately.  That leaves the national media in a quandry.  Clearly, with only a couple of exceptions, the media hasn’t wanted to address the implications of a successful terrorist attack on an American diplomatic installation … at least not during the Barack Obama presidency.  Now it’s becoming very clear that the administration didn’t just tell them to “f*** off,” the White House actively lied about the attack in order to deflect further questions from the media.

This is huge, huge news, and is a clear demonstration that the Obama administration will jump first to protect the terrorists and radical Islam, well before they will act to protect the lives of innocent Americans.