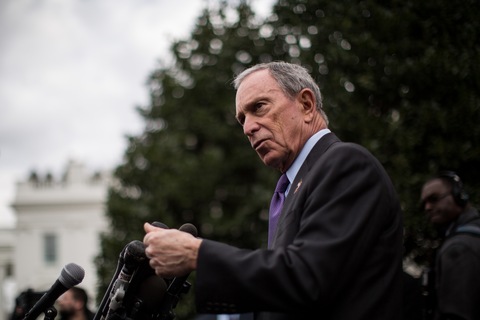 It was just earlier today that we reported on a mayor from Illinois announcing his departure from Mayors Against Illegal Guns (MAIG), because the group was shifting their focus away from the ‘illegal’ to the ‘legal’ guns.

And now, there’s this…

From the NH Union Leader:

“After finally deciding to join in late April I was disappointed to see an ad campaign using funds and efforts directed from this organization to unfairly attack Senator Kelly Ayotte.

“Nowhere within the literature of this group was there any indication that there would be campaigns against members of Congress, particularly around issues that were not related to illegal guns. I have known Sen. Ayotte for many years in many capacities, including her time as New Hampshire’s Attorney General. Sen. Ayotte is a thoughtful, effective, decisive and hard working advocate for victims and law enforcement.”

“As a direct result of this,” Lozeau continued, “I withdrew my name as a member in early May immediately after seeing the ad. I simply cannot be part of an organization that chooses this course of action instead of cooperatively working with those that have proven over a lifetime of work their true intentions. I have faith that Senator Ayotte will continue to work toward finding a responsible solution relative to these issues.”

Not only did the group target Ayotte with an ad blitz, they used the daughter of Sandy Hook victim Dawn Hochsprung to harass the Senator at a townhall event.

This revelation is the latest in a series of major blows to the Bloomberg-backed group, who was forced to apologize for comments at a Concord, NH rally just last week in which Boston Marathon bomber Tamerlan Tsarnaev was named as a gun violence “victim.”

Trump to Mexico: Get Your Money Ready Because You’re Paying For the Wall

Trump: Those Preaching Hate Against America Will Be Asked to Leave