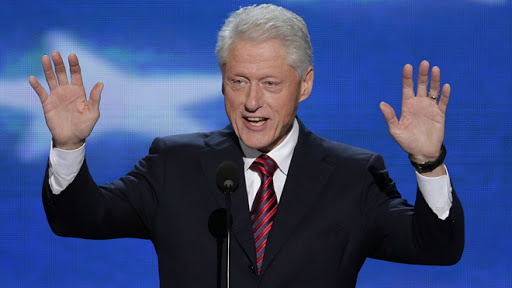 Payback for throwing Hillary under the bus?

At a campaign event in Ohio, Bill Clinton concurs with a main argument of Mitt Romney’s, stating that it is true that the economy is not fixed under Obama.

“Governor Romney’s argument is ‘we’re not fixed, so fire him and put me in.’ It is true, we’re not fixed. When President Obama looked into the eyes of that man who said in the debate, ‘I had so much hope four years ago and I don’t now,’ I thought he was going to cry because he knows that it’s not fixed.”