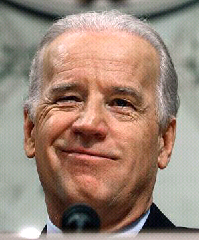 What says middle class empathy more than stuffing your face with New York strip steaks and white truffle mashed potatoes, at a cost of $10,000 per couple?

The irony involved in the vice-President claiming others are out of touch, while being completely out of touch, is something too complicated for Joe’s little head to comprehend.

Vice President Joe Biden addressed 87 wealthy Democrats last night attending a fundraiser at the home of Sen. John Kerry in Georgetown. As they dined on New York strip steaks, and white truffle mashed potatos underneath a outdoor tent, Biden criticized Republicans for being out of touch.

“These guys don’t have a sense of the average folks out there,” Biden said according to the pool report, “They don’t know what it means to be middle class.”

Well, at least he didn’t ask somebody in a wheelchair to stand up.  Baby steps…