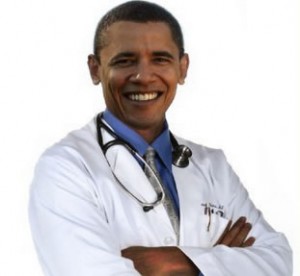 In one of the more infamous statements regarding the process in which Democrats sought to force-feed health care reform to the American people, former Speaker of the House Nancy Pelosi quipped, “We have to pass the bill so you can find out what is in it”.

It’s always nice to see our friends on the other side of the aisle actually catching up on this, delving into Obamacare now that it stands as the law of the land, and finding out it isn’t exactly all wine and roses.

In a letter sent to Senate Majority Leader Harry Reid (linked below), 18 Senate Democrats are pleading for a delay in implementation of the $20 billion medical device tax, an Obamacare tax that has already killed jobs for companies that manufacture such medical diagnostic devices.
Med Device Letter 12102012
Fox News explains:

Starting Jan. 1, the Affordable Care Act imposes a 2.3 percent tax on medical devices with the goal of raising nearly $30 billion over the next decade.

In the letter, Democrats state that “the medical device industry has received little guidance about how to comply with the tax – causing significant uncertainty and confusion for businesses,” and requests a delay be wedged into any bill that is introduced before Congress during the fiscal cliff negotiations.

The authors of the letter then go on to lament the effects of a medical device tax, discussing the “two million high-skilled manufacturing jobs”, the “net trade surplus” currently enjoyed by the industry, and the small businesses that may be effected.

Some media outlets are referring to the medical device tax as ‘obscure’, but to readers of FreedomWorks it has been anything but.  One day removed from the election, we posted a limited but demonstrative list of companies that had specifically cited the tax as a reason for past and pending layoffs.  That list included:

The tax was so obscure apparently, that Boston Scientific CEO Ray Elliott was warning over three years ago that proposed taxes in the health care reform bill could “lead to significant job losses” for his company.

Democrats didn’t seem too concerned at the time.

The hypocrisy of a group of Senators who repeatedly fed the American people tales of how good Obamacare will be for the nation, now pleading with their own to stop a major tax aspect of the bill is surreal.  Many of the Democrats signing on to this delay had conservative opponents in the past election cycle that specifically ran against Obamacare and it’s job-killing policies.

One specific example was also covered by FreedomWorks back in September. One of the aforementioned companies, Welch Allyn, had recently announced that they were laying off employees due to the medical device tax.

In an interview with the Syracuse Post-Standard, Steve Meyer, President and CEO at Welch Allyn, called the tax “onerous and impactful”.

Meyer provided a basic mathematical model to highlight his point:

For example, a company that has $100 million in sales would pay $2.3 million in tax, Meyer explained. If that same company earns $10 million in profit that tax now represents a 23 percent dip in the bottom line, he said.

The story became a focal point of the campaigns between New York Senator Kirsten Gillibrand (one of the Senators now asking for a delay) and her opponent Wendy Long.

Long accused Gillibrand of being instrumental in backing Obamacare and therefore paving the path to devastating job cuts at Welch Allyn.  Gillibrand responded not by arguing the merits of that claim, but by trying to censor an ad that addressed the situation.  A fact-checking of the ad in question by the Democrat & Chronicle came to this conclusion:

In “Job Killer,” outside group National Horizon attacks U.S. Sen. Kirsten Gillibrand, claiming she cost New York jobs. We looked at the basic facts behind this ad, and they are true.

And now, Gillibrand is one of many Democrat senators urging the medical device tax be halted.  Because as it turns out, Long was indeed right from the start.

Through their efforts to get Obamacare signed into law before actually looking at the details, Democrats now seek the best of both worlds.  But Obamacare is their pet health care project.  They own it.  Which means they now own the taxes necessary to fund this behemoth bill.

Democrats are the party of Obamacare, and in turn, the party of taxes – they just don’t want you to find out.

Perhaps now they will join us in urging state governors to halt implementation of their state exchanges – a tactic that may stand as the last possible hope to stop the job-killing taxes within Obamacare.

State Exchanges – Is This Our Last Hope Against Obamacare?

Here’s the Terrifying Forecast That Prompted Dems to Move to a Venue With 45,000 Fewer Seats