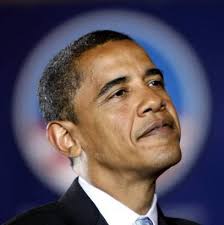 What are you most fearful of hearing in the news during the upcoming year?  Higher taxes?  A depression?  Iran attaining a nuclear weapon?

Well if you’re like a majority of Americans in a new poll, your biggest fear is far, far more menacing.

According to a new U.S. News & World Report poll, Americans most fear the re-election of President Obama – by a 2-1 margin.

When it comes to how Americans view President Obama going into the new year, there appears to be very little spirit of Auld Lang Syne. Instead, according to the new Washington Whispers poll, many voters aren’t forgetting what they dislike about Obama and want him out office.

This, accompanied with a polling drop off in nearly every demographic, is probably news that Obama fears most.