Earlier this month, I wrote an extensive report about the attendees at a meeting titled, The Weather Underground Meets Occupy Wall Street.  Apparently the report was not as extensive as I had hoped.  While it focused on the Weather Underground members in attendance – the list reading like a veritable who’s-who of former domestic terrorists (bomb makers, convicted cop-killers) – I had overlooked another individual who actively participated in the forum – Barbara Smith.

Smith was elected to the Albany Common Counil in 2005, serving the 4th Ward.  She was re-elected in 2009 and continues to serve on the council.  Aside from serving on the council, Smith is an author of several works on feminism, and has been described as a community organizer.

Interestingly enough, Naomi Jaffe introduced the panel at the onset of the meeting, but never once referred to Smith’s current standing on the Albany Common Council.
Recently, the Times Union featured Smith after she had been selected as a profile subject in a newly formed national Women of Distinction organization.  The selection placed her in distinguished company indeed, mentioned alongside such names as Hillary Rodham Clinton, Sandra Day O’Connor, and Oprah Winfrey.  The honor includes an effort sponsored by AOL, a multi-platform PBS project that will tell the compelling story of women’s advancement in America over the past 50 years.
Free Trump 2024 Hat, just pay shipping! Get yours HERE!
Will that ‘compelling story’ include an exploration of why the Councilwoman was sitting alongside some of the most notorious domestic terrorists in our country’s history?  Will questions be asked about what she was thinking when she attended a meeting with those terrorists to “discuss common struggles between the Weather Underground and Occupy Wall Street”?  Unlikely.
Is the company Ms. Smith is keeping really that bad?
Observe…

·         All of the above named have been involved in the more radical elements of the group, including assaults on police officers, bomb plots, and murders.

·         All had been involved with the notorious Bill Ayers, some of which lived in a San Francisco ‘bomb factory’ that several entities have claimed was used in the San Francisco police station bombing that killed Officer Brian McDonnell.

Smith herself was reading excerpts from a book written by David Gilbert, a radical American leftist organizer and activist serving time in the Auburn Correctional Facility. Gilbert remains imprisoned for his role in the Brinks Robbery of 1981, a botched effort that led to the murder of three people, including a security guard and two police officers.
In the midst of her chosen excerpt, Smith played the crowd, making a joke about Rush Limbaugh and a statement about ‘liberating’ a female speaker ‘with my cock’.
When referencing a report being presented at an SDS workshop, Smith read:
“… when Marilyn Buck took the stage to do so, all hell broke loose.  Men hooted and whistled from the floor, threw paper planes at Marilyn, and shouted such gems as quote, “I’ll liberate you with my cock,” end quote.”
At which point Smith added, “Rush Limbaugh was not there, so…”, a statement which received hearty laughter from the crowd.
Smith serves on the Albany Common Council and is considered a distinguished woman.  But in this instance, she is shown attending a meeting with the Weather Underground and Occupy Albany, while making sexual assault jokes involving Rush Limbaugh.
Is this the mark of a distinguished woman?
Is this behavior appropriate for a member of the Common Council? 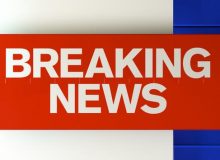