Qari Yasin was noted to have been involved in terrorist operations for nearly “two decades,” experts at the Foundation for Defense of Democracies note. Yasin is best known for his role in the 2008 bombing of the Marriott hotel in Islamabad, an iconic gathering spot for foreigners. The attack killed 54, wounded hundreds, and struck a major blow to Pakistan.

The Pakistani Taliban, mourning his death said that Yasin will be remembered “as one of the greatest trainers of explosives and electronics in the fields of jihad.” The statement continues that Yasin’s suicide bombing students are “still … performing their duties in the field of jihad relating to such sectors of jihad.”

Yasin also played a role in blowing up a bus carrying the Sri Lankan cricket team in 2009. The death of Qari Yasin is evidence that terrorists who defame Islam and deliberately target innocent people will not escape justice,” U.S. Secretary of Defense James Mattis said in a statement confirming his death.

FDD experts also noted that the district in Afghanistan where Yasin was killed is well known for al-Qaida activity. The district shares a porous border with Pakistan, which is frequently exploited by the terrorists to gain sanctuary in Afghanistan.

Yasin was classified so dangerous, in 2013 he was the tenth most wanted terrorist in all of Pakistan.

Ben Carson on Black Lives Matter Mural: What If Somebody Painted a Confederate Flag On Public Street? 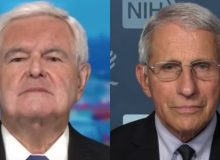 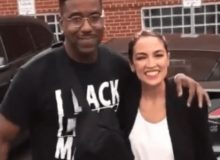