Actor Ron Perlman, best known for his role in the Hellboy movies and the television series “Beauty and the Beast,” believes Barack Obama was much tougher on Russian President Vladimir Putin than Donald Trump has been.

In fact, he’s found photographic evidence that shows just how tough Obama was.

The image shows the former President staring at Putin with a stern gaze. This – THIS – is proof that Obama is a much tougher hombre than President Trump.

At least that’s what Perlman would like you to believe.

He shared the image and asked his followers to caption it:

Perlman started out the festivities by adding his own caption – “S’up, Bitch!” he wrote.

We thought this was a caption contest for the photo, not an effort to determine how Michelle greets Barack in the morning. But we digress …

Many of Perlman’s followers instantly mocked the image as any sort of evidence that Obama was tough on Putin. In fact, they were all too eager to point out, despite the single image that without context may suggest otherwise, Obama was pretty soft on Putin.

Anyone remember the ‘tell Vlad I’ll be more flexible after the election’ incident?

"I'm going to invade Crimea and you will be flexible."

Then, of course, there was that whole red line in Syria thing, the Iran ransom thing, and the Uranium One thing.

“Hey Vlad, my red line in Syria was just a joke. I’m giving you 20% of US uranium to show you that my Admin puts Russian interests above the US’s. Is that enough? Because, I’m about to ship boatloads of cash to Iran so they can pay for Russian nuke tech, weapons & terrorists.”

Perlman should have known that portraying Obama as a tough guy, despite a myriad of evidence to the contrary, isn’t wise. 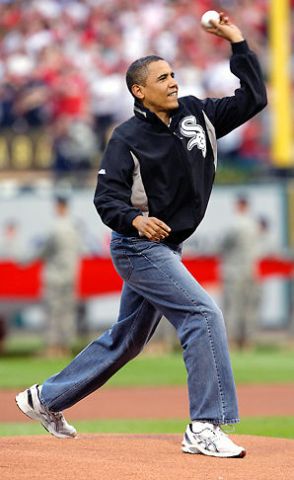 All joking aside, Perlman very clearly missed recent reports which show that officials in the White House planned a counterstrike to Russian election meddling, only to be told to “stand down” by Obama and his National Security Adviser Susan Rice.

The Russian attack and subsequent “stand down” order “was a critical moment that … scuttled the chance for a forceful immediate response to the Russian hack—and keenly disappointed the NSC aides who had been developing the options,” one report indicated.

“They were convinced that the president and his top aides didn’t get the stakes.”

In reality, if anyone in that image is saying “S’up Bitch,” Mr. Perlman, it’s Putin.

Obama Vindicates 8 Years Of Foreign Policy Critics In One Week