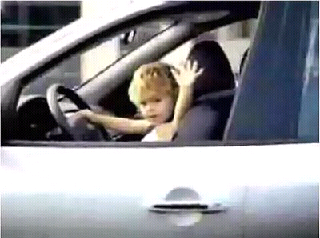 When I was 11, I was still playing with Transformers and building Voltron out of Legos…

A Sunday night traffic stop just past the intersection of routes 4 and 151 was remarkable for a number of reasons.

The driver was in fifth grade — and it’s his second arrest in the last month.

The 11-year-old boy was driving a 2006 Mercury Grand Marquis, a 15-foot-long, 2-ton boat of a sedan police say he stole in Albany. The child drove for nearly 10 miles before he was pulled over by town police, who believe the boy likely got over the Hudson River by way of Interstate 90 and the Patroon Island Bridge.

The boy’s arrest was not his first run-in with law enforcement — not even his first in the past month.

The fifth grader, a wiry 5-foot-4, 130-pound child who police say looks older than his age, was arrested on Jan. 28 for allegedly breaking into a frame shop on Center Square and nearby parked cars. Sunday’s arrest was the boy’s second for an alleged felony in 18 days.

The boy’s mother came to pick him up at the police station a couple of hours later.

Maybe knowing where your 11-year-old is prior to his committing a felony would be a good idea.  How do you lose a child that age long enough for him to steal a car, take it for a joy ride, and get arrested?

Illegal Immigrant: Without DREAM Act I Will Be Forced to Work and Pay For My Education